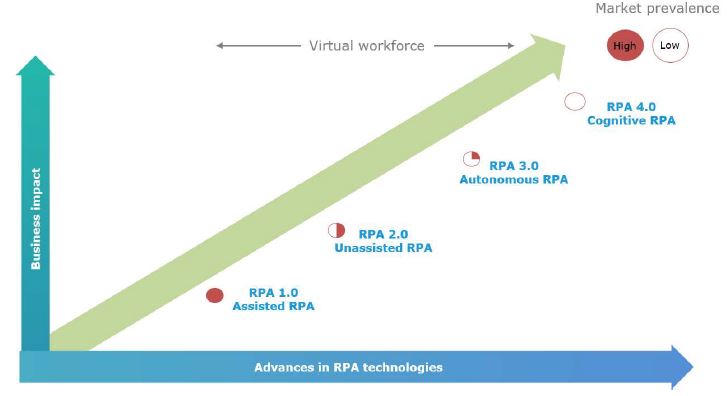 These levels of automation do not need to be achieved in a step by step manner. The scalability of each level depends on the organisation’s capability and the resources it has at its disposal to invest in its automation journey. Much of the initial hype about RPA has been related to RPA 1.0. The future potential is an order of magnitude larger as organisations address solutions in the later stages. Not all processes can be improved by applying full automation. Much will depend on a specific problem or opportunities the organisation faces.

It is worth noting that the term RPA is sometimes used to broadly refer to a range of available technologies. RPA stage 1.0 would refer to the basic scripting available in traditional RPA tools. For RPA stage 4.0, a wider range of the tools would be required covering a range of other automation capabilities. This is shown in the automation ecosystem model in figure 3, depicting RPA as a satellite function, including other technologies such as; Artificial Intelligence (AI), Optical Character Recognition (OCR) and Robots as a Service (RaaS), also incorporating data analytics and the enablement and empowerment of people. This ecosystem is underpinned with BPM as the foundation of its core. 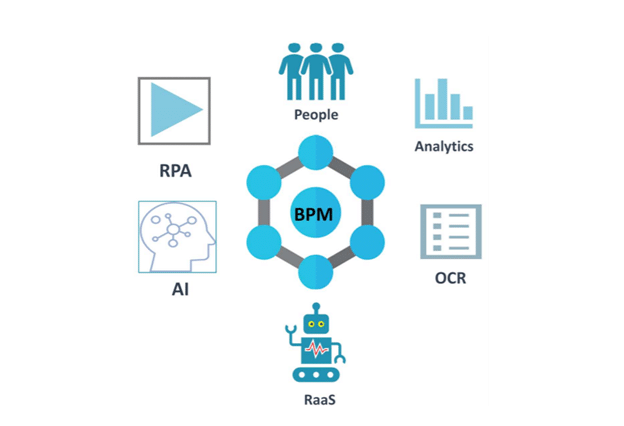 All this makes RPA look like a pragmatic and powerful solution, a big business opportunity. Value-driven RPA has to realise those opportunities systematically.