Survey respondents noted significant positive process improvements as a result of their digitalization initiatives to date. More than half cited operational processes as benefiting from digitalization, followed closely by customer support, administrative, and IT processes (see figure 7). That these particular processes had the most positive impact may be due to them being most ideal targets for digitalization, as identified by skilled, active BPM practitioners within those organizations who know how and when to touch the processes to achieve best value. Indeed, those processes that respondent’s identified as having been impacted the most correlated strongly with maturity level indicators for the BPM capability within those organizations. 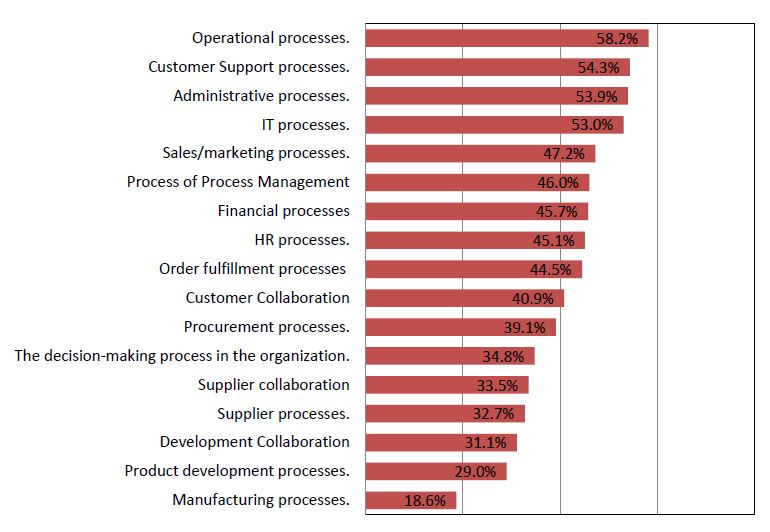