Mobilising of a BPM Platform at a Major Police Service

Working in an environment where compliance and quality is crucial, our client was keen to find a way to create a consistent centralised system for their organisation’s documentation. Approached by their CIO, we were asked to review the value of the tool they had chosen in respect of all their business requirements, and to create a business case for them to present IT as a potential purchase. If successful, we would then be asked to carry out a simulation project on a high value process to install the tool and train the staff to use it to the benefit of individuals and the organisation.

As a police organisation, our client is focused on being the most trusted police service in the world. In an effort to lead 21st century policing, they are committed to continually striving to improve and to ensure that they seize the full opportunities of data and digital technology. There was a growing recognition that the central control of organisational processes could be used to drive these improvements and standardised working practices.

“We engaged with BPM-D to help us pilot a proof of concept and worked with various departments across the Met to evaluate how best to embark on this journey.”

While working on their digital strategy for 2020-2030 our client was keen to simplify the way people accessed and produced their documentation, and to standardise how the information was stored. Before this project, business processes were completed by smaller teams who would create an SOP (standard operating procedure) document or policy document. These would then be saved as a PDF and stored in a shared location. The result of this was that the client felt there were major issues arising in the control and governance of this documentation.

These fears were realised when an audit of the current documentation discovered that with over 50 documents stored, many items had not been reviewed for three years which meant that some were either obsolete or duplicated. There was also a lot of inconsistency in terms of processing documents. With many different functions within the organisation, each function had their own individual way of handling their documents. Some staff would use Visio to create their process flows, others using PowerPoint or Word.

As a business, they also wanted to start analysing their processes, so that if they chose to go through a transformation such as implementing a new IT system, they wanted to understand what processes were being used and how they would be affected. Equally they were keen to find out if they chose to standardise some roles and train more staff, they needed to know what processes would be impacted by these roles and their responsibilities.

Consequently, our client felt that they needed a central repository for all of their processes. They also needed a way to simulate these processes and embed these findings and practices into their continuous improvement project mechanisms. They were keen to discover the impact of certain scenarios, for example, if a task was given to an alternative employee who would ultimately be more cost-effective, what would that mean in terms of the time it would take to complete the process? An example of this was where our client received a request from the court to validate a person’s record, and this record would have to be destroyed after use.

A lot of this administration was being carried out by senior officers, and they wanted to know what sort of training junior officers would need to complete this task, to save money – getting cheaper resources to do the same work.

The CIO and his team identified the Repository Management Tool Signavio as a potential good fit for their requirements. We were asked to prove the value of this tool in a proof of concept phase. Firstly, we were tasked with the mobilisation; setting the tool up, and secondly to prove the value of the tool, so that the CIO would be able to present it to the board responsible for making the purchase decision, and if the go ahead was given to purchase the new tool, we would then be required to implement it across their organisation.

Initially, we created a classification system so that anyone accessing the process models would know how to navigate them. We put in a high-level virtual structure where departments within the organisation would know where to search and how to drill down into each level according to their own requirements. This process hierarchy would enable staff to access the individual process that they needed for their day-to-day tasks.

We also produced a standard set of guidelines and rules for staff to follow while creating process flows. Incorporating the Signavio tool made extracting information simple, for example if an individual wanted to know which roles within the organisation were using an IT system, the usage of that system and its associated tasks across the repository of processes. This is particularly valuable when replacing a legacy system or creating training plans for staff.

We promoted a simplified version of the modelling language BPMN2.0 in order to meet the client’s needs in two ways; to create models for use now, but also to be able to scale these for future use. Once these were set up, we set up a standards handbook, with a certain number of notations that the client could use. These 20 easy-to-follow rules were presented on a PowerPoint slide, combined with a simple explanation of what each rule meant and how to use it.

Once we had created a list of notations, we produced centrally controlled, reusable objects, stored in the tool’s Dictionary. This meant that staff would be able to search by roles and IT systems. We then created some sample models and stored them within a fully realised process hierarchy. Featuring a visual representation of their organisation on a page, this would enable staff to drill down into three levels to access their processes.

Using their existing visuals and Word documents, we created some examples for different areas of their business. Finally, we trained some of their key employees how to use and administer the new tool on an ongoing basis.

Two different types of training session were carried out. Firstly, how to create process models, so that anyone who was earlier creating models on Visio or PowerPoint would now be skilled enough to use the new tool in the new format. The second form of training was focused on administration so that when we configured their tool; set up their landing pages and collaboration hub, we trained the organisation’s admin team so that they could manage it themselves in the future – adding details as they progressed.

We also carried out further training; showing staff how they could create, use, and optimise their processes. For example, they would be able to change responsibilities from someone junior to senior and be able to see how the process would work in real time. They could also collect data such as how long would it take to complete a task; further enabling staff to see where there would be possible bottlenecks. Enabling them to gain data on where the process could fail for example, so if there was an extensive number of orders being processed by a small number of staff at different levels, what would happen and how it would affect them. 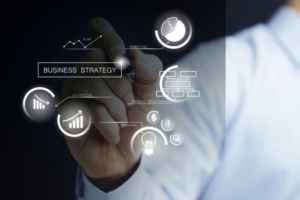 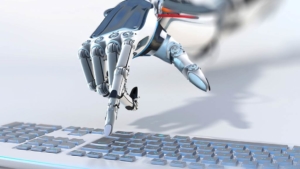 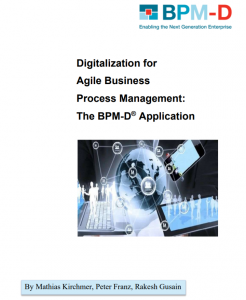